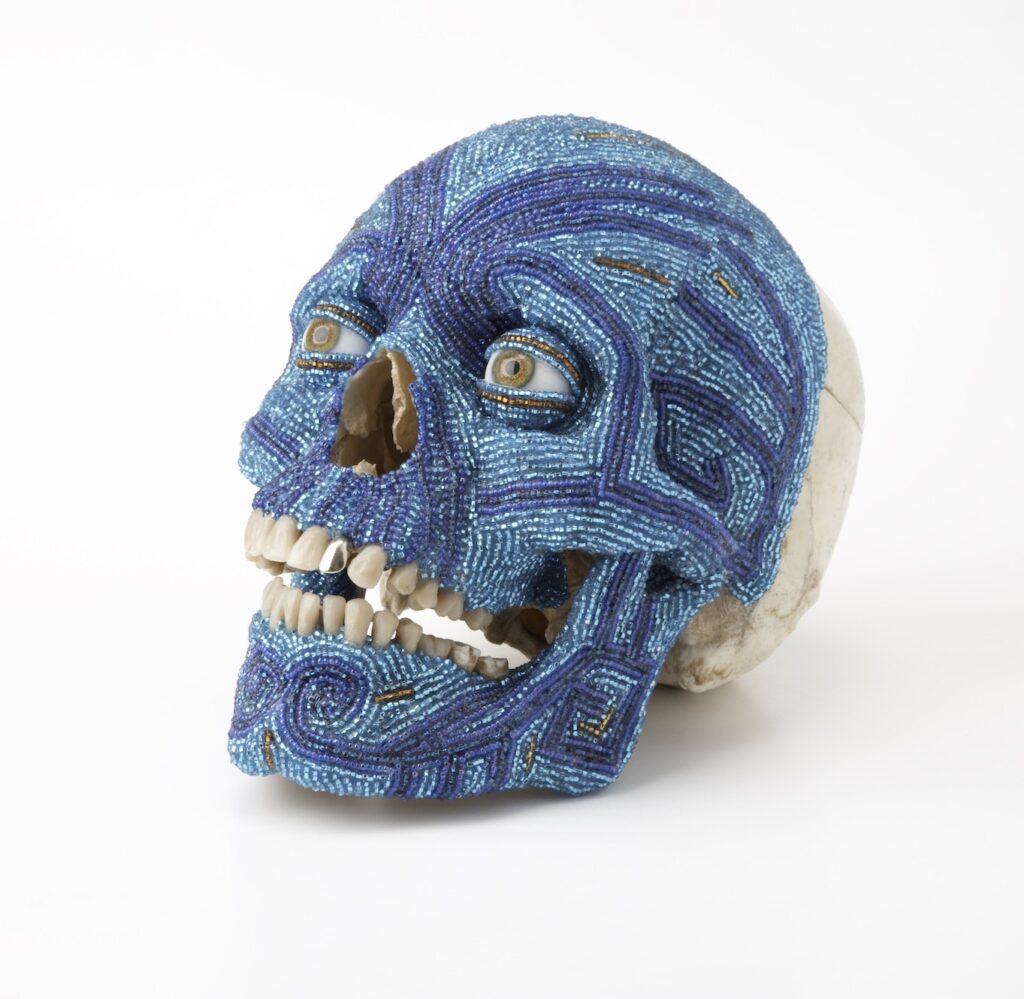 See a selection of Steven Gregory’s artwork at www.bridgemanimages.co.uk

Steven Gregory was born in South Africa in 1952 but has lived in London since the 1960’s, before moving to Hastings, East Sussex in 2017. He studied sculpture at St Martins School of Art. Gregory’s determination to engage with tools and to learn traditional skills led him also to complete a full stonemason’s apprenticeship in which capacity he subsequently worked on Westminster Abbey and many other notable historic buildings.

Gregory has exhibited widely both in the UK and globally, including Germany, France, Italy, Iceland, USA and Czech Republic.  His work is held in both private and public collections.

2020-2021: Steven Gregory is now working on a range of mini sculptures using spent bullet cartridge cases in brass and others using discarded nitrous oxide canisters. Multi disciplinary, he works comfortably across a very wide range of materials from precious metals, bronze, human bones through mixed media to Perspex and more.

2019: His mid-scale bronze of One of Us on a Tricycle for U&1 PLC on public display in Bromley High Street, Kent.

In the Summer of 2018: Gregory’s monumental bronze sculpture, Excalibre 7.62 was delivered to The Cass Sculpture Foundation. From the Killing Series this is an enlargement of a brass spent bullet case.

Spring of 2018: Gregory exhibited in FaceValue2, a charitable event to raise funds for the Katie Piper Foundation, held at Jealous East, London.

2017: Gregory exhibited in ARK the largest sculpture exhibition held in the northwest of England at Chester Cathedral, curated by Pangolin.

During 2016 Gregory exhibited with Pangolin, Chalford UK in Jubilee, a celebration of their 25 Anniversary.  In 2015 his monumental sculpture in bronze: One of Us on a Tricycle, bought by the Gateway Foundation, has been installed in a public space in St. Louis, Missouri, USA.

In the Autumn of 2015 Gregory exhibited in Christmas Cracker, Gallery Pangolin, Chalford UK. At the end of 2014 and into 2015 Gregory exhibited in Sculptor’s Jewellery at Pangolin Gallery, London. In the Summer of 2014 Gregory’s long association with Felix Dennis, publisher and poet extraordinaire, came to a close with delivery of Gregory’s over life-size bronze sculpture of Blues artist Robert Johnson. Felix Dennis died a few days later. In the autumn of 2014 Gregory exhibited at Crucible 2 in Gloucester Cathedral with Pangolin. In 2012-13 Gregory’s work was featured in Freedom Not Genius! Works from Damien Hirst’s Murderme Collection, Pinacoteca Agnelli, Turin. In 2010-2011 Gregory exhibited in Decadence NOW! Visions of Excess at Galerie Rudolfinum, Prague, Czech Republic. In 2007 Gregory had a solo exhibition Steven Gregory, Bone Stone Bronze at the Nicholas Robinson Gallery in New York. In 2006-2007 Damien Hirst, who has been a collector of Gregory’s work since 2002, included some of Gregory’s skull sculptures in his Murderme exhibition In the darkest hour there may be light at the Serpentine Gallery, London. In 2005-2006 Gregory held a solo exhibition Skulduggery with Cass Sculpture Foundation. In 2002 he exhibited in Thinking Big, 21st Century British Sculpture, at the Peggy Guggenheim Museum, Venice. Whilst also, in the same year, exhibiting in Animal Fantastique at Les Amis du Donjon de Vez, Paris, La Parade des Animaux at the International Festival of Sculpture, Monte Carlo and Sterling Stuff, Works in Silver at Gallery Pangolin, Chalford, UK.

Steven Gregory has exhibited at the Royal Academy of Arts Summer Exhibition in London. Gregory is an Artist Friend of Jesus College, Cambridge.