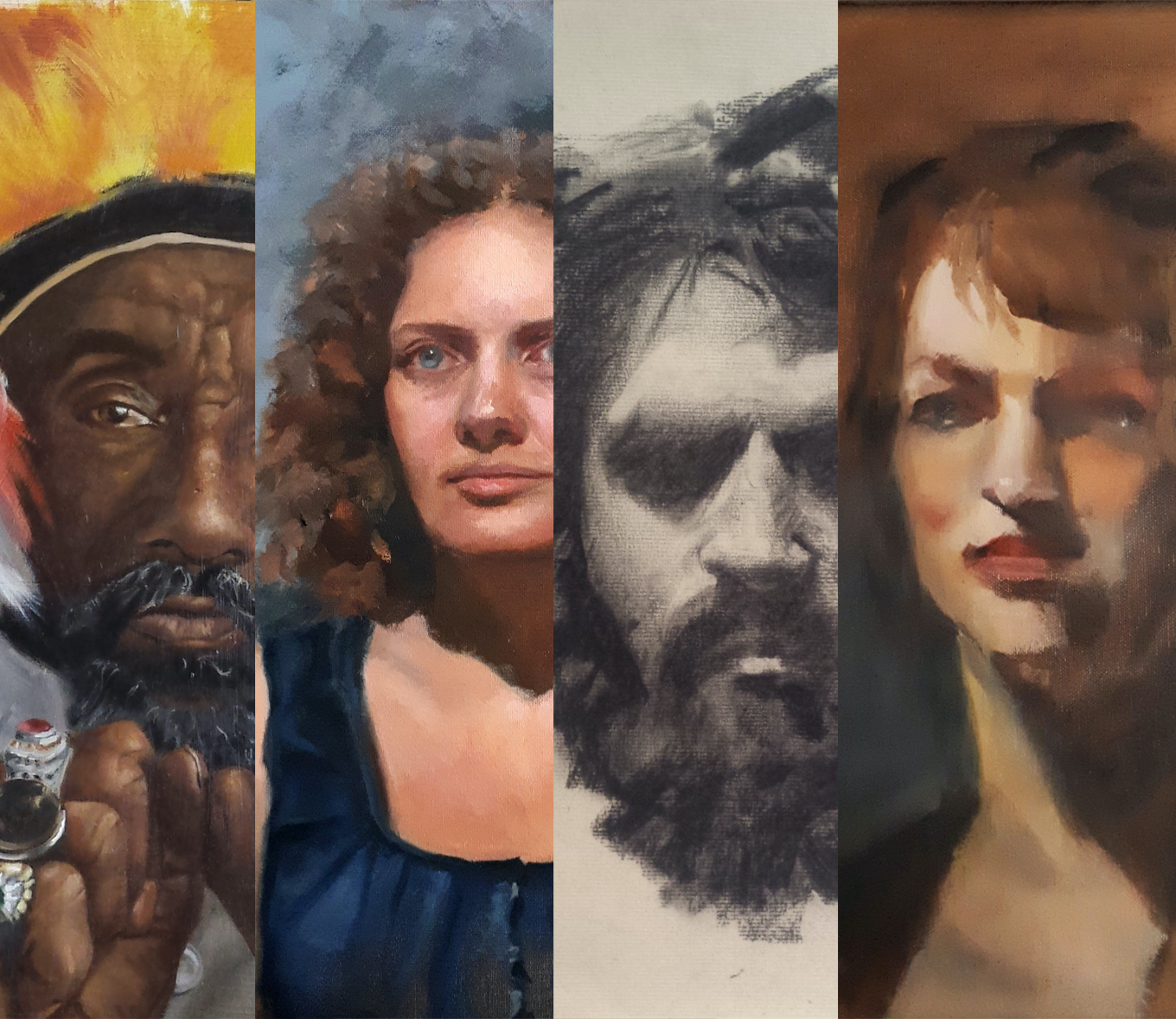 Barefoot Opera is excited to auction a painting commission by Siobhan Stanley.

Siobhan’s preference is to work from live sittings, ideally a minimum of two,  but she appreciates this is not always possible and so working from a photo is also an option.  It can take several weeks or even months to complete a portrait as Siobhan’s method is to use what is known as the  ‘indirect’ method – this involves slowly layering and glazing over the initial ‘grisaille’ foundation, a layer depicting only values in black and white.

Siobhan Stanley is an emerging artist. She was born in Dublin, spent many years in London and is now based in St Leonards on Sea in East Sussex.

From the age of 10 she trained at The Royal Ballet School and gained a place in Sadler’s Wells Royal Ballet where she danced professionally as a soloist for 15 years. Before her best years were behind her, she was keen to explore the contemporary dance scene in London and when the time was right, somewhat gleefully hung up her point shoes and joined Rambert Dance Company. Siobhan danced with RDC for 4 years until making her final break with dance in order to pursue an acting career. She enjoyed 8 years working in theatre, film and TV.

Siobhan spent time in between acting jobs working for Saatchi and Saatchi where she accepted the offer of a permanent position within their new business team. She worked for 11 years until establishing her own training and coaching business. It was running her own business that gave her the time and freedom to follow the awakening of a deep desire to explore art and most specifically, painting. Since 2011 Siobhan has immersed herself in the study of classical painting, spending time in Florence at both The Florence Academy of Art and Charles Cecil Studios, with further studies at The London Atelier of Representational Art and London Fine Art Studios. Her art education has been an ongoing blend of both formal and self-taught.

The focus of much of her current output is history, gender and power. Adopting the classical traditions of representational painting, she positions her contemporary themes and human subjects within historical settings. A recent body of work collectively entitled ‘Communion’ is an exploration of the often unarticulated boundary that separates the ‘invited’ from the ‘uninvited’. She references and subverts the formally established representations of power and wealth within Elizabethan England by depicting a significant but rarely recorded group within that culture.

Concurrently she is working on a series of small still lifes exploring a witty marriage between the food paintings of the Dutch Golden Age and the farcical pretentions of modern menus.

I am a painter and printmaker and the land is my inspiration.

For me to respond to and record the landscape truthfully I need time and total immersion, observing and listening, whilst being quiet within the land.

I work outside in all weathers, often working on a large scale, responding to the energy of the wind and sounds of the sea.

I make repeated visits throughout the year to the same location allowing my ideas to develop through the changing seasons. For the past eight years I have spent at least two months of the year drawing and painting in Pembrokeshire, working as close to the edge of the cliffs as I can safely get.

In January last year I was Artist in Residence at Oriel y Parc, St Davids, Pembrokeshire. This was an invaluable time and my sense of place has certainly deepened.

In September 2020 I was due to be Artist in Residence at the Cill Rialaig Project, Ireland, the most Western point in Europe now postponed until September 2021.

In 2019 I was awarded a months residency with the Earthskin Trust in New Zealand. I spent a month in isolation on Piha beach, a magnificent West Coast beach on North Island, New Zealand. I have been invited to return to continue my project ‘Embodied Land’, now postponed due to Covid travel restrictions.

Embodied Land is an ongoing body of work. I was fortunate to be able to have a solo show of work from the project at the Rye Gallery July-September 2020.

I seem to be drawn to the Western points of the compass. In Pembrokeshire, New Zealand and Ireland. When walking the Pembrokeshire coastal path I find I gravitate to the west. I sit on the cliffs to draw always looking West.

The painting I have put into the auction is titled ‘Walking West’ which I hope illustrates my constant westerly journey into the landscape.

Sally Cole is represented by the Rye Gallery Sussex.

Donald Smith (b. Portsmouth, England 1961) studied at Camberwell School of Arts and Crafts and Chelsea School of Art and was Visiting Research Fellow at the University of Ife, Nigeria. He is Director of Exhibitions at Chelsea Space and Practitioner in Residence on MA Curating and Collections at Chelsea College of Arts. He is a Fellow of the Higher Education Academy and has taught and lectured at numerous institutions including Slade; RCA; Sorbonne Paris; Henry Moore Institute; Chelsea College of Arts; Tate Britain and Serpentine Gallery.  He is a Trustee and Former Chairman of Chelsea Arts Club and Chair of Trustees of Chelsea Arts Club Trust.