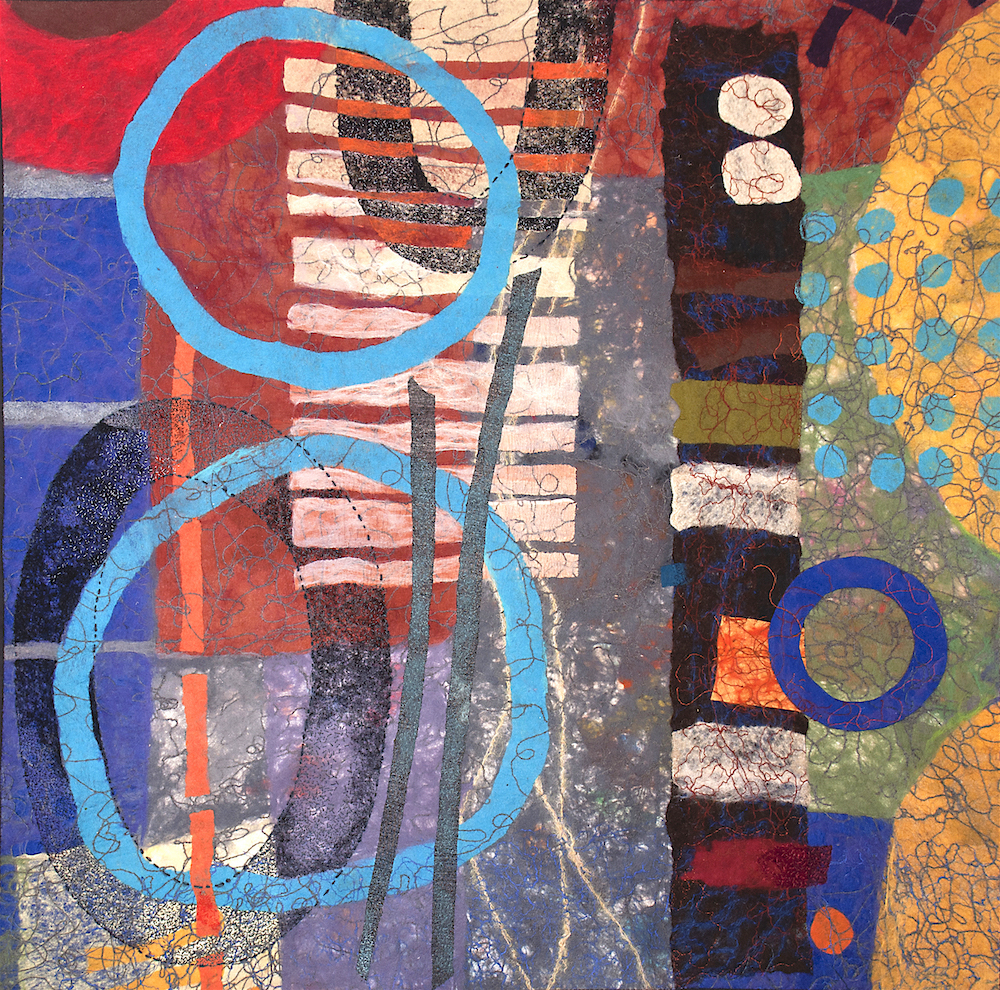 Maggie Scott creates her artwork from the particularity of who she is: a black woman, a feminist, a daughter, a mother, an activist and a British Textile Artist.

Well-known for her sumptuously crafted felt textiles to wear; her large-scale works draw on the aesthetic and symbolic potential of the laborious process of felting. The hand-felted re-interpretations of photographic images often explore the politics of the representation and tensions and contradictions of a Black British or Black European identity.

Born in London, Maggie graduated from St. Martin’s School of Art in 1976 with BA honours in Fashion Textiles and she set up her first studio in London in 1980.

Her professional life as a Textile Artist has existed in parallel with her involvement in gender and race politics. Her experiment with a series of large, autobiographical textile pieces led to a bursary award and a one woman show at Leicester Museum in 2012, “Negotiations – black in a white majority culture”.

After the success of “Negotiations” Maggie has been invited to exhibit in several major US cities, as well as Germany, Belgium, Portugal, China and Canada.

She achieved some notoriety for her work about the Dutch phenomenon of ‘Zwarte Piet’. The earlier pieces, including a short film, photo montages and large felted portraits, are direct critiques of this quaint (and offensive) Dutch ritual.

The catalyst for the Omulolo* series is Maggie’s relationship with East Africa. In 2010, after several visits to Luuka district, Uganda, Maggie co-founded the charity UKHF, which has built a new school and dormitory for 250 orphans. She later set up another charity, Femlead, addressing women’s issues in the same area. This identification with Uganda and its people inspired her 2017 collection “Omololo’. 8 giant wall hangings, inspired by the antique applique Ntshal Raffia fabrics of the former Zaire, were made to cover the windows of Kings College hall in London and sold to raise funds for the UKHF charity.

The Omulolo group of works now include several limited edition Acrylic and Aluminium prints as well as new hand-felted Textiles.