The story of Bloom Britannia 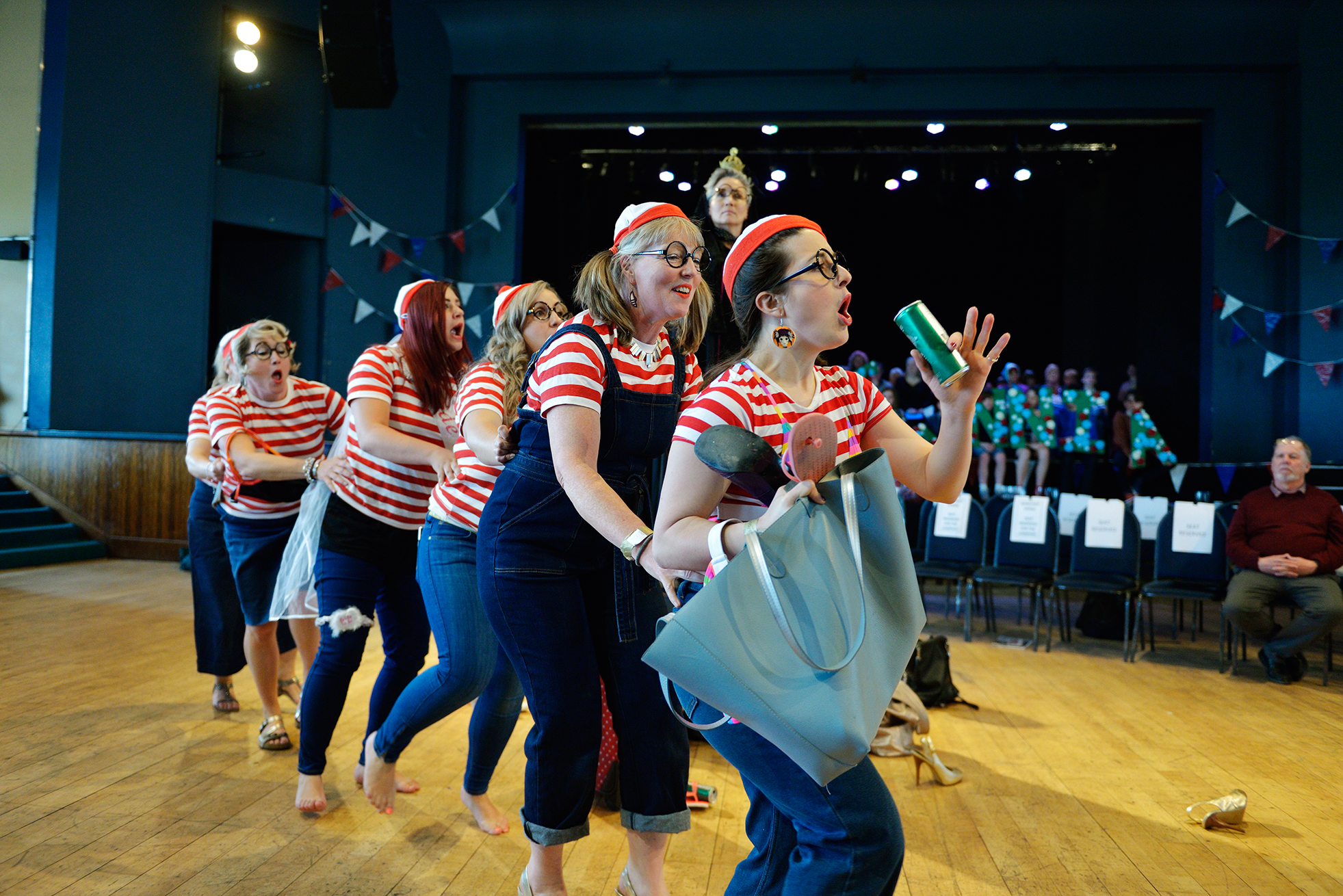 The Bloom Britannia project began with an extensive research and development project in 2018, involving more than 25 workshops, when the creative team gained a fascinating perspective on what it means to live on the South Coast today. The stories people told, the issues they discussed, and their dreams and aspirations all fed into the opera’s development. So Bloom Britannia really does have the people of our communities at its heart!

A story for our times, blending fiction and reality

Bloom Britannia centres on an action-packed day in the life of a fictional coastal town – Malhaven. (You could say it bears a strong resemblance to a town like Hastings.) It is at once a place of hedonism and gentrification, and of deep division and social unease. It’s also in dire need of a facelift, and so the town has created a day of festivities to impress the judges of a national regeneration competition. The day does not run smoothly, and scenes of hilarity, merry-making, liberation, marital disharmony and corruption ensure that this is a fictional story through which truths about life in a seaside town (and maybe Britain as a whole) can be revealed. Where have we been? Where are we going? And what do we want to take with us? In these post-Brexit times, and now with the pandemic, you could say this really is an opera for our times.

An opera but not as you know it

Given Orlando Gough’s reputation for bringing together influences from not only classical music, but also pop, folk, jazz and grime, Bloom Britannia promises to be musically thrilling and eclectic. The story of the opera is relatable, the characters not unlike people you have met, hear about on Facebook, or meet in a local pub. And the voices you will hear – ranging from a leading soprano, to a jazz-singing busker, ensure that this is an opera that everyone can enjoy, as well as bring people something fresh and surprising.